Anthony Hallows mother Dorothea Hamilton was descended from the Scottish Dukes of Hamilton via the eldest son of the 1st Earl of Arran (2nd Duke of Hamilton). In Scotland this branch of the Hamilton family suffered mixed fortunes, eventually ending deprived of their land and forced to relocate to Ireland. The Hamiltons in Ireland were an integral part of the controversial Plantation movement whereby the 6 Ulster Counties separated from Southern Ireland. The family were noted builders of several fine country houses and Castles.

Interests in design and construction were probably inherited from the aforementioned Sir James Hamilton of Finnart (1495-1540). Finnart was a respected masterbuilder/architect during the reign of James 4th and 5th. He enjoyed an extensive client list of mainly aristocracy residing in the Scottish lowlands. Finnarts impressive list of projects justified his title of architect. Some of his work is recorded here for as it demonstrates the scope of his talents and obvious dedication to a work ethic. 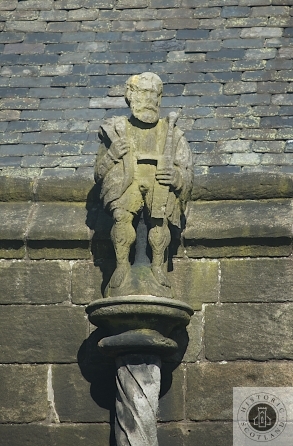